“I normally don’t do this but I’ve seen some amazing and well-planned engagements lately that I wanted to brag on my soon to be husband.

On the day that he proposed, I was in school, (I’m a teacher), actually complaining about how long we’ve been together and how amazed I was that he hadn’t proposed yet. Well that day I was actually told by my Principal, who is an interim Professor at two Universities, that her students were wanting to film a documentary about first year teachers. Well my particular team at the time has the most first year teachers of all the teams so she chose the three of us to be the subjects. We were put in a room, told not to go outside so the crew could shoot B-roll of the school and the classrooms, and we were asked a series of questions. Afterwards, we were told that they wanted a shot of me in my room, so they instructed me to “walk normally,” as most normal people do while pretending there isn’t a camera in my face, and the rest was documented on video.

I am just so appreciative of him and his work, his patience, and his dedication to make me feel special. Surrounding me with my students, faculty, friends, and family, I couldn’t have DREAMED of a better proposal!! He’s a keeper!! 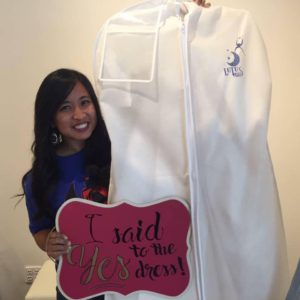